Retired RN continues to work as Sexual Assault Nurse Examiner, inspired by resilience and strength of those she supports 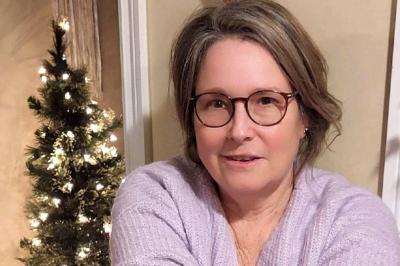 Karen Fowler started her career in Dalhousie’s nursing program in the early 80s and always knew she wanted to work in the area of gender-based violence.

“I worked for 38 years as a nurse. I started with the military, worked in a woman's prison, East Coast Forensic Hospital, public health and then worked in community services as a disability support program care coordinator,” said Fowler. “My passion has always been in working with people in crisis and with vulnerable populations.”

Now living in Truro and retired from full-time nursing, Fowler continues to support patients in these groups through her work as a Sexual Assault Nurse Examiner (SANE).

Fowler shared that she always wanted to be a SANE, so jumped at the opportunity to become trained in February 2021 when the SANE program expanded to provide response to the Cumberland, Colchester, East Hants and Eastern Shore areas. The Nova Scotia SANE Program is a community-based model, with the program being operated by the VON SANE program as a contracted service for Nova Scotia Health in these areas of the province.

The Nova Scotia Health SANE program is comprised of registered nurses who have completed specialized education and clinical preparation in medical forensic care for those who have experienced sexual assault.  SANEs provide an immediate response to people who would like supportive care, including medical attention, information about resources, as well as the option to have forensic evidence collected within seven days of sexual assault. The program has a team of SANEs, most of whom work full-time or part-time in other diverse areas of healthcare throughout the province in addition to on-call work with the SANE program. To learn more about the SANE program and how to access it, including a list of response SANE sites, visit nshealth.ca/sane.

For Fowler, though she was scheduled to retire in April 2021, she embarked on the SANE training knowing that she would be motivated to do this work even in retirement. “I’ve always loved the aspect of my work where I can meet people where they are at a particular moment in time when they really need someone to listen,” said Fowler.

“The people who use our services are often feeling very vulnerable, some are in shock, everyone is very different in how they react to these traumatizing situations. In our roles as SANES, we take the time to really listen and take things at whichever pace is most comfortable for the survivor,” said Fowler.

“We’re there for the survivors and try to move things along as efficiently as we can, while respecting the space of the individual where they're at, and recognizing that they lead the pace, we are only there to support whether we’re collecting forensic evidence, sharing resources or just being an encouraging voice that says, you are an amazing and brave person.”

It’s those survivors who inspire Fowler to continue doing this work.

“I’m proud to be a nurse today in the way that I am. I’m inspired by the strength and resilience of the people I meet and grateful to be able to use the evidence-based, trauma-informed approach we learned in our training to support them,” shared Fowler.

“The fact that these survivors have the courage to reach out for support makes me feel honoured that I am the person on the other end of the line,” said Fowler as she explained that leaving a gender-based violence situation can be difficult, and even dangerous for the survivor.

“It’s rewarding to see people reach out and get the support they need to be validated and empowered. Everyone deserves to feel safe with themselves and safe in society, that’s why gender-based violence is a public health issue.”

The 16 Days of Activism against Gender-Based Violence take place between November 25 to December 10. The annual campaign is used as a rallying cry around the world to call for the prevention and elimination of violence against women, girls, and 2SLGBTQI+ individuals.